Finding detailed info on types and regs is quite difficult when it concerns ultra light aircraft. Following aircraft are still in need of indentification and/or further detailed info. 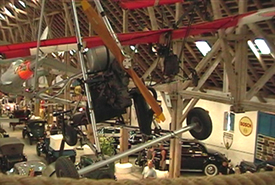 Between 1985 and 2000 I did not make logs. Some I could reconstruct afterwards, mainly from pictures. Amongst them logs from 1989, during a summer holiday in Umag, in former Yugoslavia. I could reconstruct the planes I flew with, and some accidental aircraft more or less passing by.

On arrival in Pula I spotted a Belgian Cessna. I could not remember which one when I reconstructed the log back in 2000. What I did remember was I kwew I once saw it before, as it was probably a regular visitor at EHRD.

On a boat excursion to Porec and Rovinj, I pictured an AN2, passing by the bell tower of Porec, identified from the picture as YU-BOG. Later, from the harbour in Rovinj, an ultralight was taking off from the water! Most probably as an advertising plane for a cigarette brand, Lord Extra. No type nor marking are known.